Seth Meyers Is Ready for the Golden Globes. And This Moment.

Seth Meyers will host the Golden Globe Awards for the first time on Sunday. Of the past year’s sexual misconduct scandals, he said: “It’s nice to have an elephant in the room. There’s nothing more helpful than something everybody’s thinking about.”

Despite his many years as a late-night entertainer, Seth Meyers says there are only certain kinds of parties for which he is well suited.

“I don’t get the conga line started,” Mr. Meyers, the host of NBC’s “Late Night,” said in a recent interview. “I’m not a great choice if the goal of the evening is just a celebration. But if we’re going to talk about what’s been going on lately, then I can bring something to the table.”

In that sense, Mr. Meyers may be ideally suited to host the Golden Globe Awards on Sunday, even if it is a scenario no master of ceremonies would wish for.

The program — which has had a reputation as a less stuffy, more raucous cousin of the Oscars and the Emmys — will be Hollywood’s first major award show following a year in which the entertainment industry was roiled by one sexual misconduct scandal after another. Prominent women spoke up to detail the abuses they suffered and once powerful men experienced precipitous falls from grace.

When Mr. Meyers takes the stage at the Beverly Hilton Hotel to host the Golden Globe Awards for the first time, he will have to find humorous ways to talk about this unpleasant, extremely painful topic, even while celebrating film and TV accomplishments and roasting a room full of stars wearing black to protest gender inequality.

It is a challenge Mr. Meyers said he embraces, and one that he hopes will provide a focal point to his performance.

“It’s an issue you have to address, and it’s pretty delicate,” he said on Wednesday, speaking by phone from Los Angeles. “When you’re dealing with something that has affected so many people in a negative way, you just want to make sure you can talk about it in a way that doesn’t magnify the negative element of it.”

Even so, Mr. Meyers said that, in his line of work, “it’s nice to have an elephant in the room. There’s nothing more helpful than something everybody’s thinking about.”

Mr. Meyers has plenty of experience delivering topical comedy under a spotlight. He is an alumnus of the “Weekend Update” desk at “Saturday Night Live,” and has previously hosted the Emmys, the ESPYs and the White House Correspondents’ Association dinner, where, in 2011, he went on a lengthy tear against a guest named Donald J. Trump.

(“Based on that,” Mr. Meyers said, “I expect someone in the audience at the Globes to become president.”)

Mr. Meyers contributed jokes to the 2013, 2014 and 2015 Golden Globe ceremonies, when his “S.N.L.” colleagues Tina Fey and Amy Poehler were the hosts, and worked as an unseen talent wrangler.

“I’d go out and remind Glenn Close that, after the commercial break, we’re going to cut to her and she has to look like she’s drunk on Champagne,” he explained.

The 2016 Globes show was hosted by Ricky Gervais, the British TV comic, and last year they were handled by Jimmy Fallon, Mr. Meyers’s late-night lead-in on NBC’s “Tonight Show.”

Still, when Mr. Meyers was approached last fall about this year’s program, he hesitated. “There’s that old saying: When they ask you to host the Globes in November, you weren’t their first choice,” he said with a laugh. (Representatives for the Hollywood Foreign Press Association and the Golden Globe Awards did not respond to requests for comment.)

More seriously, Mr. Meyers said that after a 2017 in which “it’s safe to say Hollywood has been tipped on its side,” his initial reaction was, “Oh, this seems to have such a high level of difficulty this year.”

He added, “But then that challenge became alluring.”

Mike Shoemaker, the producer of “Late Night” and a longtime collaborator of Mr. Meyers’s, said that a Golden Globes show devoid of any comedy would send the wrong message. 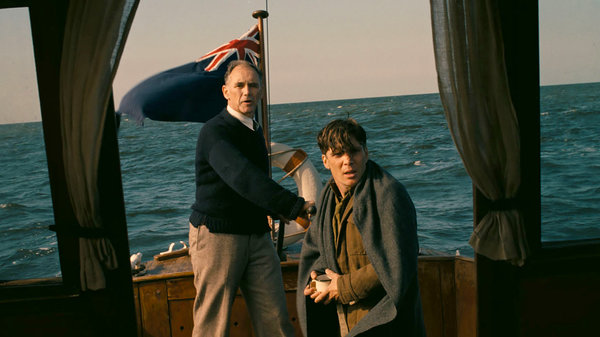 Where to Stream the Nominated Movies and TV Shows

Here’s a guide to the Golden Globes nominees that are both streamable and worth your time from Watching, The New York Times’s TV and movie recommendation site.

Were that to happen, Mr. Shoemaker said, “that means the terrible people took it with them. Like this was a party only for them, and nobody else gets to go now that they’re gone. That would be so cruel to the innocents — to the good people, of which there are plenty.”

In assessing his responsibilities for the Golden Globes, Mr. Meyers said the show was different from production-heavy awards programs like the Oscars or the Emmys.

“Ultimately, it’s just a monologue,” he said. “It’s eight minutes of jokes. That’s what I try to tell myself when I start to spin out.”

As of Wednesday night, Mr. Meyers said he and a team of about eight to 10 writers — essentially his monologue team from “Late Night” and some “Weekend Update” alumni — had written “a ton” of jokes they would start winnowing down on Thursday.

“At this point, we’ve invited everyone to write about whatever they think this year’s been about,” he explained. “Now we’ll start finding out what we’ve missed.”

Mr. Meyers said it was fair game to mock the men — some of them former Golden Globes guests and winners — who have been brought down by sexual misconduct scandals.

“We’re in this situation right now where some people, very clearly, crossed a line and making fun of those people should feel like a positive thing,” he said.

He added, though, that in recent days and weeks, the national conversation has turned to constructive ways that people can empower themselves, and to newly created organizations like Time’s Up, to combat systemic harassment.

“It seems like this moment should be a moment of optimism,” Mr. Meyers said. “And I think that’s what we’re trying to address. This might be the beginning of something better.”

The “Late Night” writers Amber Ruffin and Jenny Hagel said the demands of composing jokes for this Golden Globes were not that different from their day-to-day duties on Mr. Meyers’s program.

“That’s the nature of our job, already — taking news that’s not necessarily fun and find a way to present a point of view about it,” said Ms. Hagel, who appears with Ms. Ruffin in a recurring “Late Night” segment called “Jokes Seth Can’t Tell.”

Both writers said they were excited for a setting where they could articulate some of the frustrations they have felt about their industry for many years, and call out transgressors by name.

Ms. Ruffin said, “These are the same jokes me and Jenny would tell to each other in the bathroom, only now we don’t have to whisper.”

Ms. Hagel added, “Now after I write the joke, I get a check.”

Though they are women creating jokes for a male host, the writers said they did not have to filter their own voices under the circumstances.

“There are people who hate that terrible things are happening to women, and people who don’t,” Ms. Ruffin said. “It’s a pretty clear line in the sand. Things have gotten so extreme that every voice against it feels like your own voice.”

Ms. Poehler, who has known Mr. Meyers since they started together at “S.N.L.” in 2001, said the task facing him was daunting.

“There’s nothing worse than when you’re writing comedy and you say to yourself, ‘I’m going to write an important sketch — I’m going to be the one who fixes things,’” Ms. Poehler explained.

She predicted that Mr. Meyers would prevail because he is attuned to a sentiment in his audience that she described as, “How, today, are you, a white male, talking when nobody cares what you have to say anymore?”

Whether in “Late Night” monologues that satirize the Trump administration or in bits that yield the stage to his writers, Ms. Poehler said Mr. Meyers is always thinking about what his privilege permits him and what it denies him.

“He is unraveling that in real time, in front of his audience,” she said. “The sensitivity is a current that runs through his stuff.”

She added: “You can just sense it with Seth. He has strong relationships with women and a very clear sense of himself. You don’t just get to decide you have that before the Globes. He’s been depositing that in the bank for a long time, and there’s a security in that for him.”

Mr. Meyers emphasized that sexual misconduct scandals would not be the sole focus of his monologue or his appearances throughout the show.

“Let’s not let these people who have done terrible things, or a culture that’s allowed these terrible things, to cloud the fact that people have also done excellent work and that’s what the night’s for,” he said.

As of a few weeks ago, Mr. Meyers was hoping his portions of the Golden Globes could be free of the pointed political humor — generally at the expense of Mr. Trump and his administration — that has become a trademark of his “Late Night” show.

More recently, Mr. Meyers came to realize that may not be possible. “We were optimistic, as with most of the country, that we would roll quietly into the new year,” he said. “That has not been the case so far.”

“Last year I thought it was totally fair for there to be a focus out,” Mr. Meyers said of the Golden Globes, “where this year it seems more fair to focus in. Especially because the industry that is celebrating itself has a lot to answer for.”

In that respect, he said, “I hope this is a night that Trump supporters and I can find middle ground.”

Is This the Golden Age of Drag? Yes. And No.

Twyla Tharp on the Road: Hauling in Heaven

Is It an Art Collective or a Vietnamese Ad Agency? Yes and Yes